IMO
Here is another illegal strategy uber and lyft drivers learned quite quickly to maximize their profits and to stay on top of the taxi/uber game......large number of rideshare users are regular customers who catch a ride every day to work, from work, twice a week to doctor's appointments, once a week to airport, etc. Here, how it works, Customer instead requesting uber or lyft driver trough the platform, they call drivers directly on their cell phone for premium service, a driver who they already know..... With rates so ridiculously low, customer don't even mind to pay the driver directly + tip, .....at this point they even feel about them self as being socially correct by bypassing uber /lyft platform and supporting "a little guy" ...Though, the little they know, every time they get involved in this kind of activity, they basically travel completely uninsured.... ....
Here is the question, who we should blame for customers making dangerous decisions? a uber driver who is pretty ignorant to local rules and regulations (he wasn't informed by uber or city about possible dangers),? a passenger, who tries to save money on transportation and happily subscribes to uber's bogus press releases or may be uber for trying to make a buck for their shareholders ? ....
IMO, NON of the above, GUILTY OF THIS MESS ARE POLITICIANS WHO ALLOWED UBER TO OPERATE AGAINST ALL THE RULES, REGULATIONS, LAWS AND COMMON SENSE......................SO, IF YOU GET HURT IN UBER CAR OR GET HURT BY IT, don't go after uber which is entrenched in legal system and employs top lawyers, GO LEGALLY AFTER CITIES and STATES who's representatives allowed that to happen.....I guess in legal proceedings against public entities like city, you can throw in antitrust laws, civil laws, discrimination laws, lost wages, etc
If you think, it's impossible, I am pleased to inform you that it had happened before eg. in City of Ottawa.....

Posted by Albert Zee at 2:38 PM 2 comments: Links to this post

Too many Americans feel left behind by the weak economic growth and diminished job opportunities under the Obama administration. Too many people have seen their income stagnate and opportunity disappear since the financial crisis of 2007-2008. "

"President-elect Donald J. Trump now has a huge opportunity to make some big changes that improve people’s lives and livelihoods. Over the last eight years, the Obama administration heaped piles of regulation on top of businesses and their financiers. Trump can help get the economy moving again by implementing some meaningful regulatory relief, by himself and with Congress. Here are five simple ways he can do that: "

WRONG, OBAMA ADMINISTRATION DIDN'T DO ANYTHING TO REGULATE CROOKED BUSINESSES

"(1) Fire Richard Cordray, director of the Consumer Financial Protection Bureau. He’s issued regulation after regulation that made it harder for people to get access to funds. Banks have in many ways stopped lending to people who lack perfect credit or to small businesses because of the new bureaucracy involved. President Trump should exercise his appointments power, fire Cordray, and install a director who will get consumer and small business credit moving again."

WRONG, BANKS STOPPED LENDING TO SMALL BUSINESS NOT BECAUSE OF OBAMA'S REGULATIONS BUT TO KEEP PRESSURE ON ECONOMICAL GROWTH AND COSTS OF LABOR, WHICH IN RESULT ENRICHED EVEN MORE BIG CORPORATIONS AND WALL STREET.

"(2) Rescind the Department of Labor’s overtime rule that looms over America’s employers and threatens job opportunities. This rule, which will come into effect in December, will force businesses to pay time-and-a-half to salaried employees who earn up to $47,476 a year. Instead of getting a raise, many employees will see their work terms changed or switched to hourly status as businesses scramble to avoid the sudden, budget-busting mandate. The new rule will affect around 5 million employees, many of whom work at universities, nonprofits or startups that rely on dedicated people working longer hours out of love for their job and mission. If left in place, the effect on startups alone — one of the bright spots of economic growth — could be devastating."

SAY WHAT? ACCORDING TO THIS TWISTED LOGIC, AMERICAN EMPLOYEES SHOULD KEEP WORKING FOR LESS BECAUSE OF LOVE FOR THEIR JOBS ??!! AND BECAUSE BUSINESSES (GOD FORBID) WOULD MAKE LESS MONEY ??!!

"(3) Encourage the sharing economy. Platform apps like Uber, Airbnb and Handy have allowed people to make up income shortfalls or earn extra cash by making better use of their cars, homes or skills. Unfortunately, regulators at the Department of Labor and elsewhere have been moving to restrict these opportunities, for example, by having Uber drivers declared employees of the app firm. That increases labor law liability and significantly reduces the number of those jobs available. The new president should call off the labor regulators and allow sharing economy firms to expand. He should appoint an official in charge of looking out for people in the sharing economy throughout the regulatory process."

OK, PART #3, IT IS A PROVE THAT AUTHOR HAS HIS HEAD BURIED DEEP IN HIS ASS, HE WANTS TO BUILD "GREAT AMERICA" BY MAKING AMERICANS WORK LONGER HOURS, IN SWEATSHOP CONDITIONS AND WITHOUT PROPER PROTECTION FROM LABOR REGULATORS.

"(4) Work with Congress to repeal Dodd-Frank’s notorious Durbin Amendment. It restricts fees banks can charge merchants for use of their debit card networks — which just meant banks passed on these extra costs in the form of higher annual fees, offered fewer free checking accounts, and ended debit card reward programs. By one count, these extra costs may have forced a million poor Americans to stop using bank accounts at all. It’s time to recognize the Durbin Amendment is a failure and get it repealed."

NO WONDER WHY OUR POLITICIANS ARE SO IGNORANT, AFTER READING COUPLE OF ARTICLES LIKE THIS PROMINENTLY DISPLAYED IN GOOGLE SEARCH FOR "TRUMP ON SHARED ECONOMY" AND ACCEPTING THEM AS A LEGIT ANALYSIS.

"(5) Negotiate a free trade deal with Brexit Britain. The president-elect may look askance at trade with China and Mexico, but he has no such worries about Britain, one of America’s biggest mutual trading partners. And as luck would have it, Britain is now looking to conduct its own trade deals following its exit from the European Union. Mutually beneficial exchange of goods and services could easily generate billions of dollars of wealth on both sides of the Atlantic, instill market confidence, and help quell worries about a global trade war. President Trump’s new U.S. trade representative should invite U.K. Secretary for International Trade Liam Fox to Washington for talks, ASAP."

WITH US/UK TRADE AT FRACTION OF TOTAL US INTERNATIONAL EXCHANGE, #5 IS OBVIOUS SMOKESCREEN TO COVER SMELL OF BS THIS ARTICLE IS ALL ABOUT,

"Trump could set these measures in motion very quickly, and hard-strapped Americans would start to see real change. We must begin to lift at least some of the $1.9 trillion burden regulation imposes on the economy every year. All Americans, whether they voted for Donald Trump or not, could get behind that."

VOTERS CAN NOT POSSIBLY GET BEHIND IT, BECAUSE THEY ARE ALREADY IN FRONT OF IT GETTING SCREWED BY SHARING ECONOMY, OWN POLITICIANS AND GOVERNMENT. 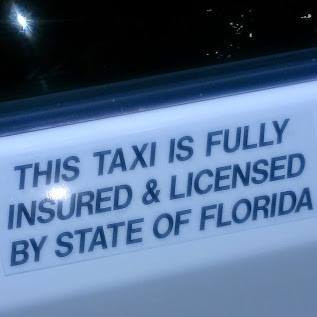 Behind the shiny veneer of Uber’s venture capital–backed technological innovation lies a time-tested business model: labor exploitation. Uber’s latest scheme is a new spin on the age-old practice of sharecropping. Struggling to find enough drivers willing to put miles on their own cars, Uber recently began offering subprime auto loans to would-be drivers, conveniently extracting payments directly from their paychecks, or (because Uber insists its drivers aren’t its employees) their “Uber earnings.” Since last July, Uber and its wholly owned subsidiary, Xchange Leasing, have partnered with auto dealerships, advertised to drivers, and even repossessed cars from drivers who lag in their payments.

Uber isn’t the only company to resurrect sharecropping in modern industries. Lyft is working with investor General Motors to rent cars to its drivers. Until 2008, FedEx purchased custom-made trucks and sold or leased them to potential drivers. Janitorial companies have gotten into legal hot water for requiring their cleaners to buy franchises and charging them additional fees for clients.

These are just a few of the companies that insist their low-wage workers are independent business people. Here’s the rub: independent business people make capital investments in their businesses. But these workers lack the heavy capital needed to start a business and can’t afford to pay upfront. So the company conveniently arranges for them to buy or lease equipment, often through an exploitative deal. These ......

This article was brought to your attention by Legal Taxi Drivers Association of St Petersburg, FL
Please feel free to leave comments at:
http://saint-petersburg-florida-taxi.blogspot.com/2016/08/uber-drivers-are-21st-century.html#comment-form
.

Posted by Albert Zee at 1:06 AM 9 comments: Links to this post

Forget shoveling snow, shiver from the cold OR listen to your boss that you missed another day from work, plz come to St Pete Beach ASAP and enjoy Florida State of Mind at Alden Resort
....and while you here, Plz use only licensed and insured taxi cab services like Discount Taxi
We proudly service St Pete Beach, St Petersburg, Treasure Island, Madeira Beach, Gulfport and surrounding areas.
.....To book Taxi to Airport, plz go to our website: Discount Taxi to Airport Reservations

Most Popular Posts in last 7 days